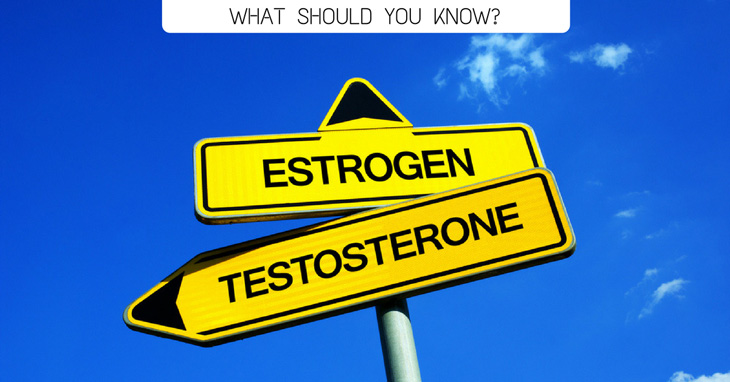 Hormones play a huge role in the human body. Progesterone and estrogen are only some of the most important hormones. They are the steroid hormones that are responsible for the distinct characteristics of a female body.

However, only a few women today know how to answer questions relating to “progesterone vs estrogen.”

This guide will help you know the important things about these specific hormones.

Let’s start with the basics.

Estrogen comes from the Greek words oistros and gen. Oistros apparently means “frenzy” which relates to sexual energy and desire. As for gen, it means “the producer of.” From these definitions, you would already have a basic overview about estrogen.

Essentially, estrogen is not simply a single type of hormone. There are different kinds of estrogen that have different functions as well. But note that they always work as one.

Although estrogen is the primary feminine hormone, traces and low levels of it are also found in the male body. Only a few would know how to define this hormone when being asked about things relating to estrogen vs progesterone questions.

One could always give a simple definition to estrogen but in the case of progesterone, only certain people have ideas about it.

Personally, I don’t have much knowledge on the matter when way back. Only by the time that I was diagnosed to have hormonal imbalances is when I learned all about these hormones.

Aside from the fact that they are hormones, I don’t recall anything specific about its functions and importance.​

Nonetheless, progesterone plays a huge role as well in a female’s body. They are the very hormones that are responsible for the pregnancy.

While they have effects on the menstruation as well, it is considered more functional on pregnancy matters.​ Progesterone vs Estrogen: What Makes Them Different

As stated, progesterone and estrogen are two different kinds of steroid hormones. There are a lot of numerous factors that differentiate them from each other.

One of the main differences between estrogen and progesterone is the production. Essentially, estrogen is produced prior to ovulation.

This explicitly means that this hormone is largely responsible for regulating the menstrual cycle.

This is also the reason why you experience the premenstrual stress or the PMS which include headaches, mood swings, weight gains, and cramps.

As for progesterone, the hormone is normally produced after the ovulation and after pregnancy. As the egg moves to the fallopian tube, the progesterone is only then produced. The main thing that separates the estrogen from progesterone is the function of these hormones. As stated, estrogen is largely focused on the menstruation. On the other hand, progesterone is more on the pregnancy side.

Although they both work and function to support menstruation and pregnancy, each of the steroid hormones has its own purpose. Once you reach puberty, an egg is released from the ovaries every month.

This process is called the ovulation. Before this happens, the secretion of estrogen occurs to prepare your body and system for the process.​

Buzzle states that, upon the ovulation, the hypothalamus sends a signal to the pituitary gland to release the follicles. This is essential in regulating both pregnancy and menstruation.

Once the egg has reached the fallopian tube, the progesterone is then released by a temporary gland called corpus luteum.

The progesterone prepares the body for pregnancy by causing the lining of the uterus to thicken. If you are pregnant, high levels of estrogen and progesterone are produced to hinder the egg from maturing.

Also, the progesterone reduces the contractility of the uterus that is essential to prevent the disturbance to the growing embryo.​

Conversely, if you are not pregnant, the temporary gland disappears and allows for you to have your menstruation.​

There are specific functions that these two hormones do during pregnancy. As per Endocrine Web, estrogen is the very hormone that is responsible for the enlargement of the uterus and breast.

The Similarities Between The Two

Aside from being essential hormones, there are other important similarities between estrogen and progesterone.

Primarily, these are both produced and found in a female’s body. They are largely responsible for the many characteristics that make a woman a woman.

Although the presence of estrogen and progesterone are also found in a man’s body, there are only certain levels that are needed.

Too much of these hormones in a man’s body can largely affect different functions and characteristics.

The same is true for women. Too much and too less of these steroid hormones will cause dysfunctions and irregularities in the reproductive system.​

Secretions and Effects on Menstruation and Pregnancy
Secondly, progesterone and estrogen are both secreted in the ovary. While the exact glands that secrete these hormones are different, they are all placed and located in the ovary.

Thirdly, irregularities in these hormones will cause dramatic impacts on menstrual cycle and pregnancy of a woman.

In summation, it is essential for you to know matters about progesterone vs estrogen as they play vital roles in a female body.

It will make you understand more what really happens inside your body and reproductive system during your menstrual period and if ever, pregnancy.

If you think this guide is highly informative and helpful, you may share this with your friends and loved ones.

Also, for further clarifications and reactions, you may want to ask and share them in the comment section below.​

healthstylehub.com is a participant in the Amazon Services LLC Associates Program, an affiliate advertising program designed to provide a means for sites to earn advertising fees by advertising and linking to Amazon.com Amazon, the Amazon logo, AmazonSupply, and the AmazonSupply logo are trademarks of Amazon.com, Inc. or its affiliates. As an Amazon Associate I earn from qualifying purchases.