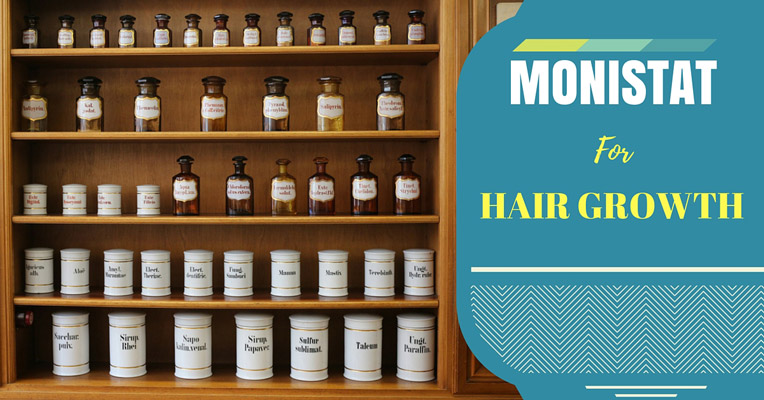 Monistat For Hair Growth – Is It Worth A Try?

For many decades millions of women globally, i among them have suffered drastic hair loss. This has become more frustrating with time since there have not been good recommendations that deliver satisfying results.

But the discovery of Monistat for hair growth seems like its already providing a solution to the unending problem. Though not clinically proven, the idea of using the Monistat, a virginal yeast infection cream for hair growth has provoked massive responses, hence becoming more popular day by day.

I personally think it sounds crazy, but there is a high possibility that it works as evidenced by both men and women who have had a success with it. I was intrigued to find out how true and promising are the results yielded after using Monistat.

So let's start by understanding what Monistat is

It's basically used to treat any moist area where fungus or yeast tends to grow. Although there is no therapeutic evidence, many women have claimed that it had helped their hair grow faster. So to my further dismay is how can a fungal treatment agent lead to hair growth? Monistat for Hair Growth - How It Work?

Several doctors, for example, Dr. Mohsin Mir, a medical dermatologist at Baylor College of Medicine have done some research on Monistat. After an interview with MyFox Houston; a local news station in Texas, Dermatologist Dr. Mir explained the theory behind the practical success of using Monistat.

The research studies have revealed that the active ingredient in Monistat, miconazole nitrate, can regulate scalp flora which is a fungal infection known to be the underlying cause of slow hair growth and the decreased scalps ability to generate healthy hair.

Another possible explanation is that miconazole nitrate increases blood flow to the scalp that helps hair grow.

Dr. Mir further explains that there have not been clinical trials yet on the use of miconazole nitrate for hair growth. However, a small study done on ketoconazole has come up with another possible reason why Monistat is responsible for hair growth.

This is because miconazole nitrate in Monistat matches the chemical structure of ketoconazole which is also an antifungal agent. The research shows that Ketoconazole acts as an anti- androgen that blocks androgenic alopecia, the hormones responsible for female and male hair loss.

How Safe Is It For Use?

Many people still wonder whether to use Monistat or not. There is quite a dilemma on using this product but the fact is that Monistat has proved on more than one occasion that it is good for hair growth.

Many people have had positive results on using this product and this is sufficient proof that Monistat is good for hair growth.

But on the other hand,I have discovered through peoples testimonies that monistat has side some few effects which am going to lay down for you .I tend to think if we took time to read instructions on the label we can avoid the short term side effects as well as the future long-term side effects .

My professional advice is very simple and straightforward, quit the tendency of self diagnosis in hope of gaining more unprescribed benefits from the product.In this case monistat is not clinically proven, thus there are high chances it can lead to permanent hair loss if your scalp and hair follicles are damaged.

Hence if you have a problem with hair loss or you would like to increase your hair length, I would recommend you first consult a doctor for the right and safe prescriptions.

What Are The Side Effects?

As much as Monistat seemed to provide a solution to hair loss, a number of side effects have been reported by some people that have used it as I have mentioned above.

Some of the effects include excessive tenderness and itchiness on the scalp where Monistat was applied, excessive hair shedding if you happen to stop using the treatment, migraines due to increased blood circulation, ringing in ears, dizziness and generally feeling some discomfort.

If you want to find out more about shampoo treatments for the scalp acne, spend some time to read this article best shampoo for scalp acne

Nonetheless, this is only a small percentage of the users with many experiencing no side effects at all.

You can apply little quantities of miconazole on the scalp and if you observe side effects such as itching, rashes and a burning sensation, then you should see a doctor immediately.

Things You Need To Know

There are a number of things you need to know before you start using the Monistat.

How To Apply It

Monistat can be applied differently depending on one’s choice. You can apply it by diluting it with water, dilute it with hair oil, or you can apply it undiluted on your scalp

Monistat if used by itself can result to an extremely drying scalp. In order to counter the dryness and enhance penetration, it should be used with a carrier oil. If you have a sensitive skin, it's best if you first test it by applying the Monistat to a small part of your scalp

It seems unconventional but a number of people have reported growth of hair up to two inches in a period of two months. We have also looked at logical explanations behind how it works.

I would suggest you ask an expert for guidelines on how to use the product if it's your first time. Another way of boosting your confidence before using Monistat for your hair growth is by reading the success stories to confirm how the products have helped people.

Want to Know How My PCOS Hair Loss was Gone in Just 12 Weeks? (I didn’t Use any Hormones)

How to Get Rid of Ingrown Hair the Natural Way

What Would You Select Between Treating Your Sleep Disorder With Adderall and Hair Loss?

Hi there, I'm Allen I'm a health professional with a strong passion for health and healthy recipes. There's a fine line between love and hate, but the divide between weak and strong health is as vast as the Pacific Ocean. Through HealthstyleHub, we strive for empowering our followers to have the knowledge to archive better hair and healthy life.